Do Religious Beliefs And Practices Hold Your Spirituality At Bay?

Have you heard the term, “I am not religious, I am spiritual?” You hear this statement all the time in the metaphysical realm. It is very valid in many cases, yet different religions and beliefs do not necessarily support this concept. So why do those two components of your lives, religion, and spirituality seem to cause such separation and anxiety within mainstream religions? They seem to clash with each other. What are the blocks that the hierarchy of major religions of the world have around your spirituality?

How The Different Religions And Their Beliefs Have Blocked Your Spirituality

First and foremost, every single human being alive on this planet is spiritual because you are Spirit. You are a divine spark. That is who you are. You can’t escape it. It is part of your nature. However, people often use the word spiritual to indicate a particular form of a nondenominational belief system and not relatively so easy to define. This ideology is more like a new-age belief system.

The term religion in itself, you might say, is a belief system. These religions are groups of people that agree to adhere to a specific belief system. These belief systems often include particular rules that you are expected to follow. They, however, do not necessarily agree with them. They conform to follow them. Many people in their specific religions do things because they are told they have to do it or suffer the consequences. Every single one of you is a unique spark of divine consciousness. You have a direct personal connection to divine energy, which you can call God if you wish. And so you each have that unique relationship. That is your innate right to cultivate, to communicate in that way.

But often, what happens when you belong to a group belief system is that that comes in between you and your direct connection with the Divine. And that can happen in spiritual groups and religious groups or groups that define themselves as spiritual groups.

In these groups, you have common beliefs and a specific belief system. This belief system, again, is a standard set of rules. And everyone is expected to match that vibration and be a part of that ideal. If you do not, then there are eternal consequences usually connected to the so-called sins or disagreements in doctrines you may have.

When you have some form of punishment constantly hanging over your head, it can be challenging to be spiritual. The vibration becomes altered, and your connection with the Divine suffers.

Different Types Of Religion And Their Rules Or Doctrine

There are different religions and beliefs on the planet. And many of them have been in existence for a long time. At the very core, these religions have good intentions in common. Often religions are born because there’s been a fantastic teacher that brought information into the world. And then, a culture or grouping is formed around that teacher. But often, what tends to happen is that the original word is lost somewhere along the way. The adherence to the religion or sect, identify themselves as a group separate from others. Often the individual groups take umbrage with those other groups because they feel they own the Truth, and other groups cannot share in this Truth. So these outsiders are then considered wrong.

Join us on this episode of Unlocking Your Truth, How The Different Religions And Their Beliefs Have Blocked Your Spirituality, as we discuss the purpose of religion and religious practices compared to spirituality.

Questions and comments from listeners during the broadcast of How The Different Religions And Their Beliefs Have Blocked Your Spirituality:

What Happened to Doreen Virtue?

Unlocking Your Truth is my weekly radio show. We discuss metaphysical things during the one-hour show, such as How The Different Religions And Their Beliefs Have Blocked Your Spirituality! The show airs on CIVL 101.7 FM at 7-8 PM (Pacific Time) every Tuesday evening or live-stream the show at CIVL.ca.

We also answer our listeners’ email questions during our Unlocking Your Truth episodes (click here to submit a query). We do readings live on air for our call-in guests. You can also join us on simultaneous Facebook Live broadcasts of Unlocking Your Truth with Dr. Lesley or Youtube https://www.youtube.com/c/LesleyPhillips and ask your questions. You can ask anything you want, any topic. 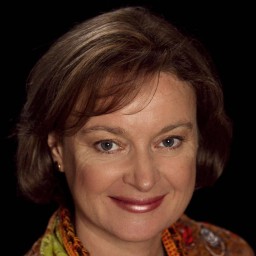